Mechanical bearing is a component used between two parts that allow rotational or linear movement, reducing friction and enhancing performance to save energy.

Bearing is a machine element that has constrained relative motions and used to reduces friction between moving parts of the machine to obtain desired motion. 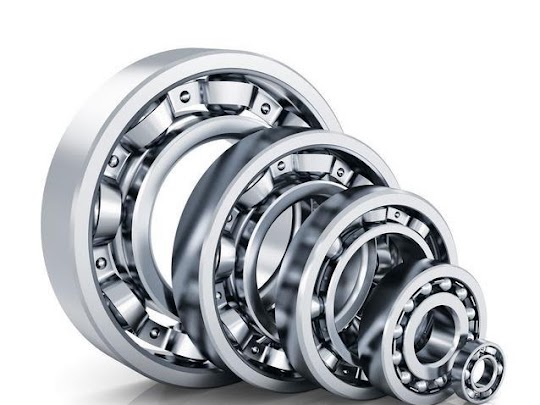 A ball bearing is a type of rolling-element bearing that uses balls to maintain the separation between the moving parts of the bearing.

The purpose of a ball bearing is to reduce rotational friction and support radial and axial loads. It achieves this by using at least two races to contain the balls and transmit the loads through the balls. Usually, one of the races is held fixed.

As one of the bearing races rotates it causes the balls to rotate as well. Because the balls are rolling they have a much lower coefficient of friction than if two flat surfaces were rotating on each other.

The roller bearing is one of the most widely used industrial bearings. They are called as roller bearings because they are able to carry a load by placing round elements between the two pieces.

With the movement of the two pieces, these round elements roll, thereby helping to carry the load.

Most roller bearing use cylinder whose length is slightly greater than its diameter. Roller bearings have higher radial load capacity compared to ball bearings but higher friction and a low axial capacity under axial loads.

A needle bearing is a type of roller bearing that uses many small rollers. This provides a large contact area between the bearing and load which allows the bearing to carry heavier loads, even at high speeds. Caged designs have a retainer to maintain needle spacing and for guidance.

We have all types of mechanical bearing you need. All you have to do is to send us a quote. When you’re sending your quote state which type of bearing you need. However, you can check our store to make a purchase.

A mechanical seal is a device that helps join systems or mechanisms together by preventing leakage (e.g. in a plumbing system), containing pressure, or excluding contamination. The effectiveness of a seal is dependent on adhesion in the case of sealants and compression in the case of gaskets.

The function of an oil seal is to stop whatever fluid is inside from leaking out the clearance between the shaft and housing. The seal may also be used to prevent outside materials, such as dirt, from moving in through the clearance. Westtom Ng represents the top three oil seal brands SKF, NTN, TIMKEN. call us for your quotes today.

Previous Next
Close
Test Caption
Test Description goes like this